Since the latter part of 2018, the Philippine Electricity Market Corporation (PEMC) has been proactive and efficient in performing its mandate as the governing body of the Wholesale Electricity Spot Market (WESM), safeguarding the interest and welfare of the Filipino consumers. Since then, PEMC has reshaped its identity focusing on its mission which is P-E-M-C, pertaining to Power, Efficiency, Market and Competition, and its vision of becoming "A Premier Electricity Market and Champion of Governance" better known as PEMC Go.

As PEMC continues to perform its mandate to meet the objectives of the Republic Act No. 9136 also known as the Electric Power Industry Reform Act (EPIRA), it has recalibrated its plans and strategic directions for the next three years. And after thorough discussions among the PEM Board of Directors, PEMC Management, and members of the WESM Governance Committees and the REM Governance Committee, PEMC was able to formulate its Corporate Strategic Plan for 2022-2024. The priorities of PEMC as encapsulated in its three-year plan can be summarized below: 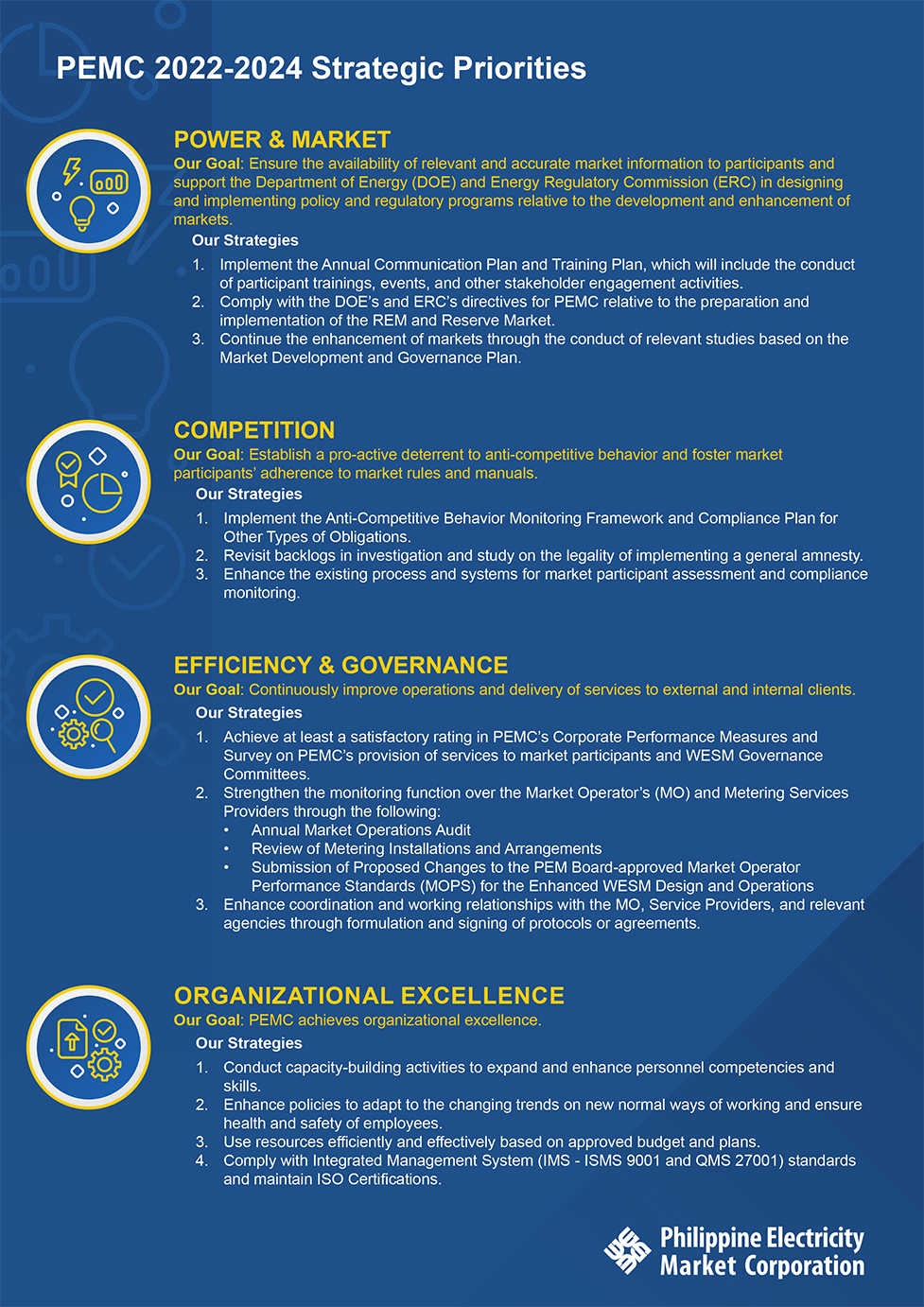 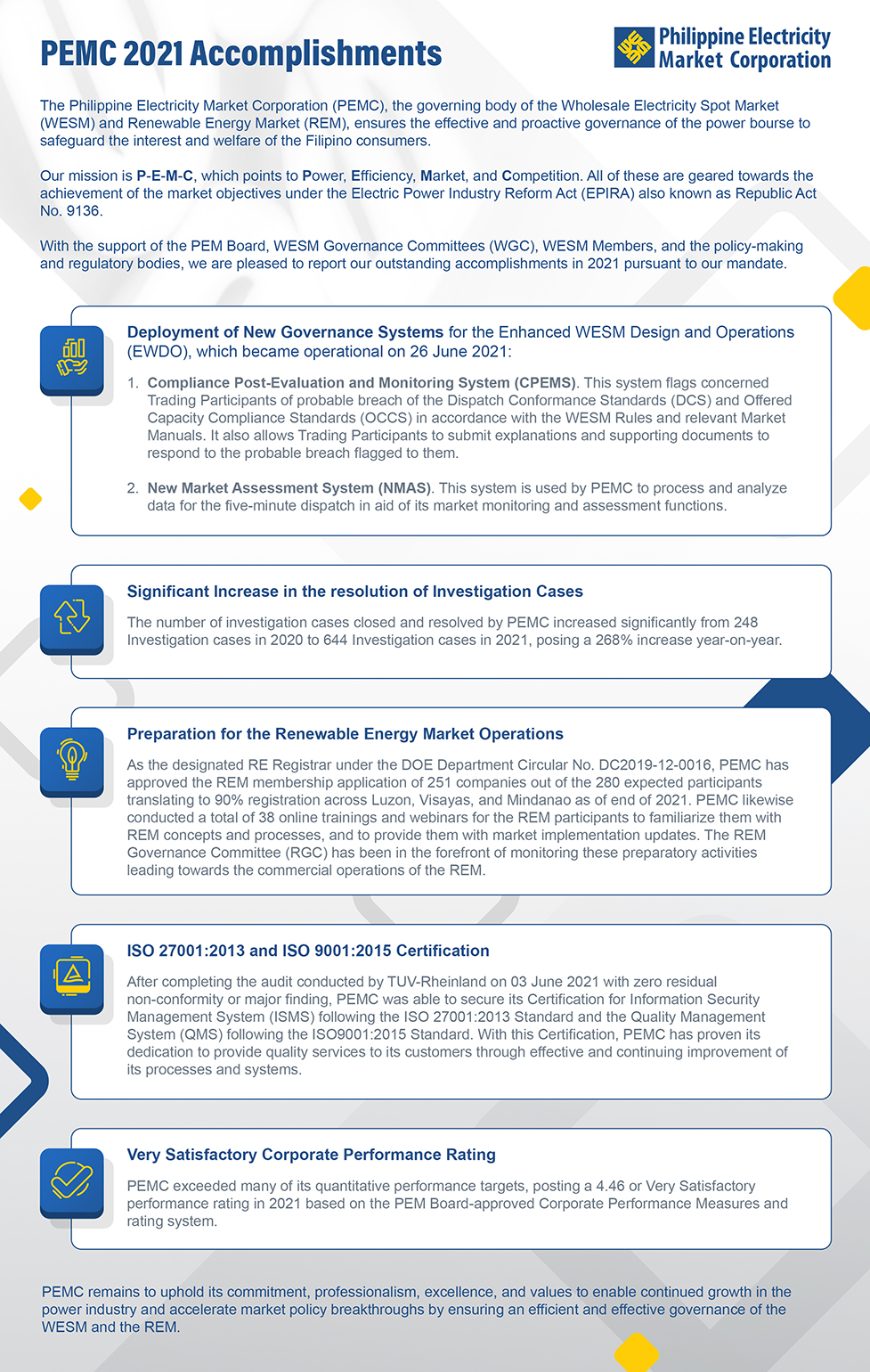 You will be unsubscribed to all the pages you are subscribed to. Are you sure you want to continue?

You have successfully unsubscribed from PEMC Updates and will no longer receive email alerts. In case you change your mind, you may subscribe again when you log in to our website.