Under the RE Act, the DOE is mandated to establish the REM through supervising the integration of the operation of the REM under the WESM. The DOE will also promulgate the REM Rules and REM Manuals, and approve amendments on the REM Rules. The DOE is further empowered to impose administrative fines and penalties for any violation of the provisions of the RE Act, its IRR and other issuances relative to the same.

REM operations will be supervised and monitored by the REM Governance Committee (RGC). The RGC will also take the lead in the review, approval, and endorsement, through the PEM Board, of proposed rules and manuals changes to the DOE. The other governance functions such as market audit and dispute resolution will be covered by the existing governance committees for the WESM. The RGC will also have the authority to impose sanctions on REM Members if the breach of the REM Rules was proven through an investigation carried out by the Enforcement and Compliance Office (ECO) of PEMC. 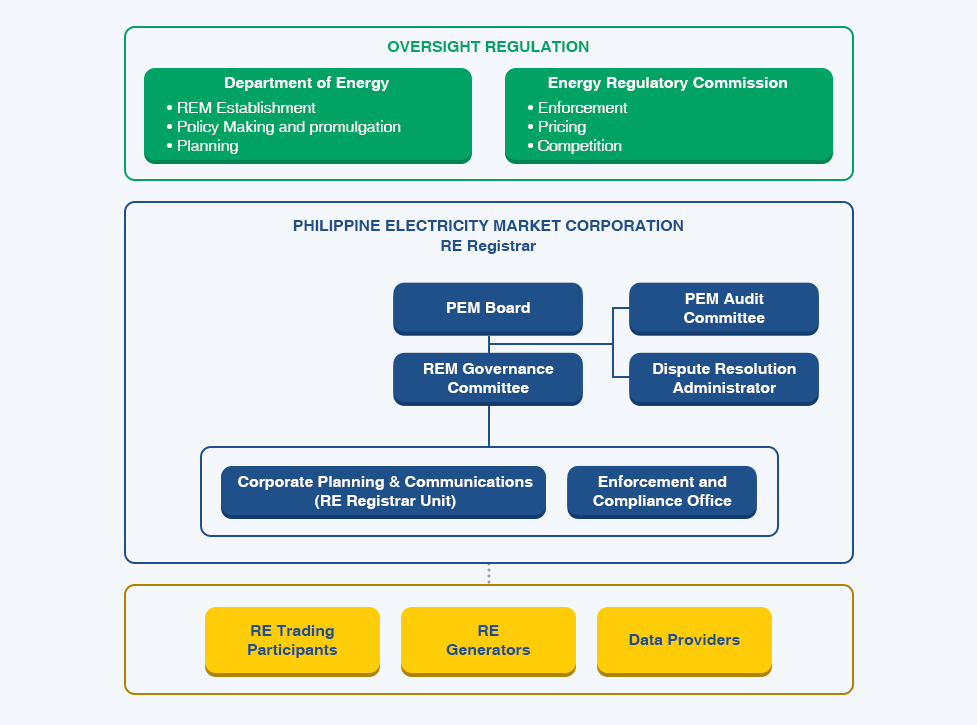